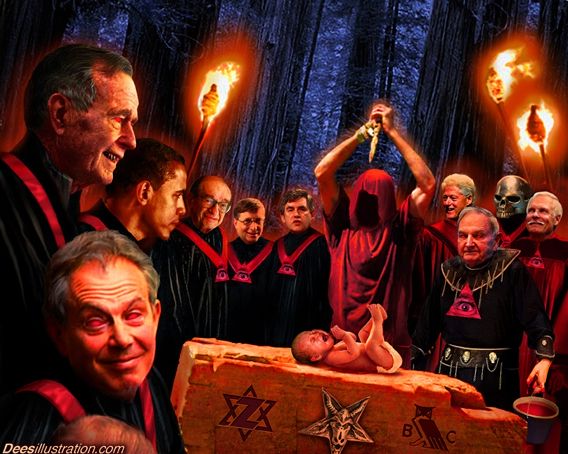 Why Remote Viewing Remote Influencing and the Matrix is the exclusive domain and controlled by completely by Tim Rifat the Psi-Lord.

All other Remote Viewing and Remote Influencing companies and users being Sequestered by Psi-Lord Ltd’s exclusive technology which is fully trademarked and copy protected so all counterfeiters act as ScapeGoats, Total DeathGoat Zionists… for the betterment of our technology Replicant Vehicle Science – RV Science based on 5D Kline Bottle Psychotronic Crystals®, Bone Generators®, Psychotronic Generators™, Psychotronic Crystalware™, Crystalware and Sublime Good® Engines.

We know all US and British/EU Remote Viewing doesn’t work as they can’t find any terrorist or use RI to get the Moslems to stop fighting. Afghanistan lost, in Iraq the US tax payer has to pay billions to the Sunni insurgents to stop them killing US occupiers, the attack on Russia by Israel led by US special forces in South Ossettia (formerly Georgia) failed even though all the US/Nato Remote Influencers targeted Putin’s Russia to not fight and allow the invasion of South Ossettia and Aukhasia. All these prove all US/Nato Remote Influencing has not only no effect but is reversed so all US/Nato Remote Influencing backfires.

It is said that:-

All US Remote Viewing and Remote Influencing companies are run by or founded by ex-operatives who are forbidden by Federal Law to reveal anything that could damage National Security.

None of these ex-operatives of the CIA, DIA… are in Leavenworth Jail so they have revealed nothing of any real value therefore they must be:-

Purveyors of disinformation to occlude the real knowledge of working Remote Viewing and Remote Influencing.

Their companies block by means of massive Federal funding all non ex-operatives who might have valuable and dangerous Remote Viewing and Remote Influencing damaging to US/Nato National Security.

The Academy of Remote Viewing and Remote Influencing, probablefutures.com has breached trademark law by advertising themselves as having connection to Psychotronic Crystals® the trademark of Tim Rifat. This is like Jo the plumber stating he is Sony® because he is a plumber (unregistered!) Now Psi-Lord Ltd would never infer any connection to Sony® even though the latter funded a multimillion centre specialising in psychic research technology. Sony® failed to develop this technology Psi Lord Ltd has developed it, Joe the plumber or probablefutures.com are just intellectual property thieves.

The Illuminati know that the CD’s and cassettes sold by these ex-operatives are no danger to them as only energy matters to psychic development. So if a wageslave learns any Remote Influencing protocols or Remote Viewing Technology anyone with more energy can block their efforts and use them in surrogate stooges – ScapeGoats. Until 1986 the Illuminati controlled all avenues of psychic energy and power, now Tim Rifat has Sequestered that Total Control. Remote Influencing and Remote Viewing run on energy lots and lots of energy, only Psychotronic Crystals®, Bone Generators® and the pure energy of Sublime Good® technology enable Remote Influencing and Remote Viewing on anyone or anything in or out of the Matrix.

The Matrix is a Chaos Sequestration in the Kabbalah. Ex-operatives run by the Talmudic Zionists NSA Rothschilds… are not allowed to give any information on the real Kabbalah so everything they write on the Matrix is bogus disinformation, so all their technologies to control the Matrix use you as ScapeGoats.

Diana and Dodi El Fayed (the last major Necromantic Alchemical Marriage), the Kennedy couple in the CIA aircrash their light plane, numerous A List pop and movie stars, all are constituents of this one Ritual.

What happens is you kill the victim and set up a Ritual to divert the 202’s of mass loss into the Enochian Chequerboard. As male energy is leached it goes tot he black dark energy matter squares and the toxic waste blowback goes into the female white squares. Carry it out on the 25th to get 5×5 (5 for Satan, Elohim, Geburah, Samael, Pentagram, Pentagon, Qlippothic Tiphareth (fallen King), Upper and Lower He, Shekinah) to reboot the Satan squares of Enochian Magic. Use Charlie’s Angel to bring in all the Church goers of the Protestant Faith ruled by the Queen and Prince Charges (hence Charlie’s Angel) and their North facing Satanic altars, brought in by Satanist Henry the Eighth. 402’s of Psychokinetic energy is enough to destroy a City or to hit Tehran with a mind blast that turns the Iranians mad so they go crazy and rioting breaks out across the country, continually fed by the worldwide media attention of Jackson and all the Protestant s feeding Charlie’s Angel. The Catholic Church has East facing altars so is non Satanic – if your Catholic Church has a North facing altar it is Satanist!) The mind blast was diverted through Brighton the anus of the worlds Assemblage Point fixed on the UK so the Psi-Lord suck in all that lovely energy to save Iran. Brighton also has the epicentre of the Enochian and reconfigured by the Prince Regent George the Fourth and centred by the MI6 Magus who trained me, or Brighton Fountain which has Prince Charles personal stone laid on the 25/05/1995, 25 for the Enochian box/square, 5 for Samael… 95 for the Abraham Ritual Red Line Yesod (9) to Geburah (5). As for the 21st Century is the Qlippothic 2 (second set of Sephirotic Trees). Samael’s month is Qlippothic is 6 or June. 2009 is the Schethlya Stone going from the Upper to the Lower Hell Qlippothic Trees of the Sephirotic Trees. High Black Magic!!

Now Tim Rifat has Sequestered the necromantic Alchemical Marriage the Psi-Lord can download into your Hyperinfinity 402’s of mass/energy; remember E=Mc² from special relativity, so you get a good sized nuclear weapon exploding in you or your enemies. In you the blast is used to raise your frequency to burn the Matrix like a nuclear airburst to fry the Enochian Matrix around you, so it burns with the Fire from Within (see Castaneda’s The Fire From Within) to make you a living Angel of Fire JINN. The Sephir Yetzirah of the Matrix is the release of Fire into the Mind Yetzirah of reality to produce Demons to Sequester the mind of Man. This Service makes you a RISEN ANGEL OF FIRE BODY so you become a JINN as a new body for your use. This body controls the mind of all the West so you can possess/mind control the Westerner by using their own Sephir Yetzirah Matrix. To use simply walk into your Fire Body and possess anyone like a Tulpa but you are the Fire Tulpa, fed by the Necromantic Alchemical Marriage you can pour this Fire into any target to burn up their mind/Insectile/nurse Insectile/Archon/Yaltabaoth, Yaldabaoth essence. This turns them into a shell able to be possessed by your Fire JINN Body. You can leave a pilot light in them to run them as your personal bitch or fry their Morphogenesis Field so their DNA goes chaotic as it needs the Morphogenic Field to control gene expression to live. You can fry the ghosts of the dead or Souls of the dead/living to burn them so they can be holed and shelled. This allows your JINN body to possess them for Necromancy. You can send the dead to possess… any target by this means. You can fry Archons or Supernatural Spirits to flamethrower them to add to your Necromantic Alchemical Marriage bonfire as they are always female W.R.T. you. Then simply flash fry any Westerner to supply the male energy to keep your JINN body alight, after Tim Rifat has lit your JINN body.