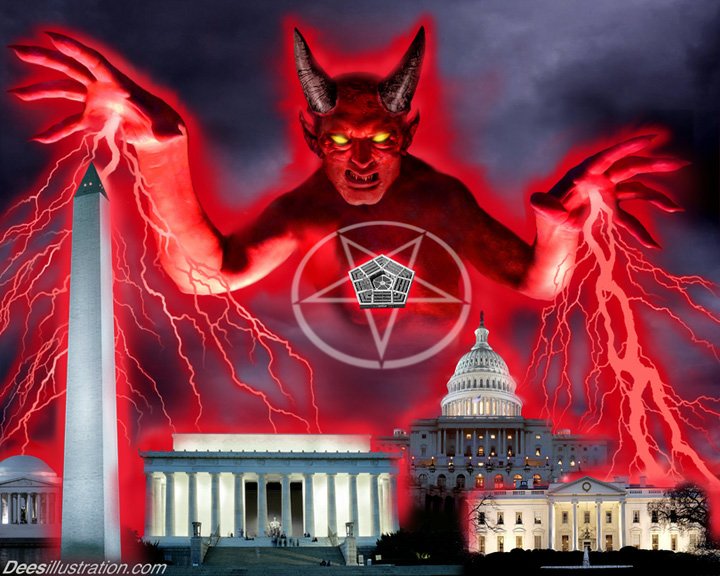 Obama and Osama, the President of the USA and the head of Al-Qaeda respectively are both Talmudic Jews. Obama derived from Polish Jews via his Jewish mother and Osama a Yemen derived Jew. They were hand picked by the Rothschild Talmudic Jew Illuminati to carry out the Abraham Ritual on the world stage. To include Moslems and blacks in the red line Goyim damnation to steal their Souls and dump Talmudic Jew toxic waste thereupon. This Subsite of MindoverMatter.ru, upon which SupernaturalSpirit.com is a subsection is dedicated to the Abraham Ritual, the Illuminati black magic Kabbalah core secret which makes Man into Goyim and Jews into the chosen race in the Matrix. This is the first time this has been revealed. Revealing these secrets has triggered an assassination attempt by the British Government, when in December a SWAT team stormed Tim Rifat’s home desperate to shoot him, just like Bill Cooper!

Obama and Osama, the names are the highest invocation of the Abraham Ritual on the world stage. First you have to realise that Illuminati Rothschilds (now Untergoyim thanks to Tim Rifat carrying out the Abraham Ritual on them – see Amalek Talmud Bone Generator® on this site) are strange energy matter aliens that think in a purely occult way – all they do is Satanic ritual. Obama and Osama in Kabbalah Germatria have 5 letters. The fifth Sephiroth is Geburah doing evil to Goyim, so we know both Talmudic Jews are ciphers for doing evil to Goyim. One can decompose their names by using Kabbalah at it’s highest level. First starting with the Sephir Yetzirah, the O stands for the green line around the world in kether to give Jews world domination, the b of Obama stands for domination of all Goyim Ama-Lekites the Kabbalah name for all non Jews shortened to Ama by the B-Bride or lower Shekinah of the temporal world (Matrix) and S of Shekinah to dominate the Middle Place world of Souls. So one can see Osama causes a change in the mind Soul of Man to carry out the Abraham Ritual. Obama causes the change in the Samek-wrath, hence 911 that brought fire to Samek (S height in direction) and wrath, shock and awe (Shekinah) on Afghanistan, Iraq. To conquer Babylon for Rothschild Babylonian Talmudic Jews. The B can be denoted by the double Hebrew letter Beth (see Elohim Service) death for Goyim Life for Jews (now Untergoyim so only SuperJews benefit with the life-force). So we know Obama is chosen to cause mass genocide of Goyim and Jews (Bohou) so only the Tohou, Talmudic Jews benefit. Hence Bernie Madoff targeting Jew Bohau directed from London, Mayfair offices of Madoft controlled by Rothschild Tohou. Osama is the red line as S denotes Samael Geburah also death to Goyim life for Jews which is the green line for Tohou (T for Talmudic Jews – see now why they are called Tohou) Jews of Satan as Samael is Hod in the inverse Satanic Sephirath of Qlippath, shells, Gehena (hell). Obama is the Satanic averse Sephiroth of Tiphereth the ArchDemon of which is Belphegor. Called the Wrangler because according to Isaac del Loria creator of Talmudic Jewish Lurian Satanism, this Sephiroth strives with the supernal Geburah. So we have the negative white line of the Abraham ritual, the Goyim losing all spiritual power linked with Geburah, to punish, kill Goyim, the red line of the Abraham Ritual. While Osama corresponds also to the Qlippothic Hod or Victory the inverse green line making Goyim poor, sick and dying. While Samael in Geburah of the supernal world is the seventy of God – Guantanano Bay so we see these two Talmudic Jew High Priests carry out the negative part of the Abraham Ritual and the Rothschild green line of the supernal world (now UnterGoyim as Tim Rifat the Psi-Lord has sequestered the Abraham Ritual).

One can see the knowledge of the Illuminati is hidden in plain site as stupid Goyim the most uneducated of beings are never taught the secret knowledge of the Illuminati. Therefore it requires a website of information on the Abraham Ritual to educate you to the level and then beyond that level, of the Rothschilds now deposed by Tim Rifat the Psi-Lord Anti-Illuminati. If you are a simple Goyim or Psi-Master you will find this subsite of Supernatural Spirit vital to explaining your world and why Jews own it and you don’t. It also explains why Bernie, Madoff, Talmudic Jewish Bankers, Hedge Fund Managers and the madman Netanyahu are turning the world to penury, Jews into paupers soon to be exterminated after WW111 goes wrong for Talmudic Jews – as they are all now irrevocably possessed by Amalek the creator, God of not only Goyim but Jew Untergoyim Tohou. Tim Rifat thanks Jeff Rense of www.Rense.com for discovering all the vital facts on Obama, Osama as well as their heritage, misdoings and how they front for their Masters the Rothschilds who control the CIA that runs Al-Qaeda (according to Indian papers printed after Mumbai atrocity).

The names have 5 letters because of Elohim (value 5, read the Elohim Service on this site), they are doubled because the Adonai process requires two 5s one from Shaddai, one to Shaddai. Yod has the value of 10 so needs Obama and Osama. They both have to be male as Elohim parasites male energy as all Supernatural Spirits are female with respect to Man. Satanism is just the Abraham Ritual masked in hidden ways to dupe the Satanists into giving up their Manhood to the Talmudic Jews, hence all modern Satanism and Masonry is based on Eliphas Levi the Talmudic Jew Satanist who taught all American masonry and Satanism in the 18th Century to Albert Pike, head of US Masonry.

All Kabbalah is hidden from Goyim all the Kabbalah given to Goyim are in fact Abraham Ritual misinformation to propagate Abraham Ritual Goyimhood in the uneducated dupes such as Madonna and her Kabbalah Institute numbering millions. A friend of Tim Rifat told him she was an expert on Kabbalah had 22 volumes of the Zohar and wore Madonna’s red string on her left hand – when told by Tim Rifat she had just cursed herself of her own free will she shrugged it off. Till she and her son were gassed in their home with sophisticated knock out gas and their home ransacked – they lost everything. So the Abraham Ritual works and all the Goyim use the wrong Kabbalistic Tree so from the beginning all their Kabbalah is inverted to damn them with the red line. Only Rothschild Illuminati and their Master the Psi-Lord Tim Rifat know the real Kabbalah. Now you can be an Anti-Illuminati and share in the power, riches, love, sex, immortality of a sequestered Abraham Ritual, controlled by the Psi-Lord for profit. As according to the Talmud and Cosmic Law no good deed goes unpunished and only punishing the Evil is rewarded by Cosmic Law. What greater punishment adding insult to injury to the Talmudic Jews can there be? Selling the Abraham Ritual to Goyim who now can benefit from this Illuminati inner secret chaos science, while the Talmudic Jews get turned into UnterGoyim so the Goyim are the Chosen Race with respect to Tohou, Talmudic Jews.

This site has vivisected the Abraham Ritual so you can purchase any or all the Bone Generator® Services to get the power of the Rothschilds.

All Services on this microsite are available for the reduced fee of $5000, a massive and potentially life change opportunity for the right person.

These are limited to 12 only, and one has already sold, don’t be left out in the cold.